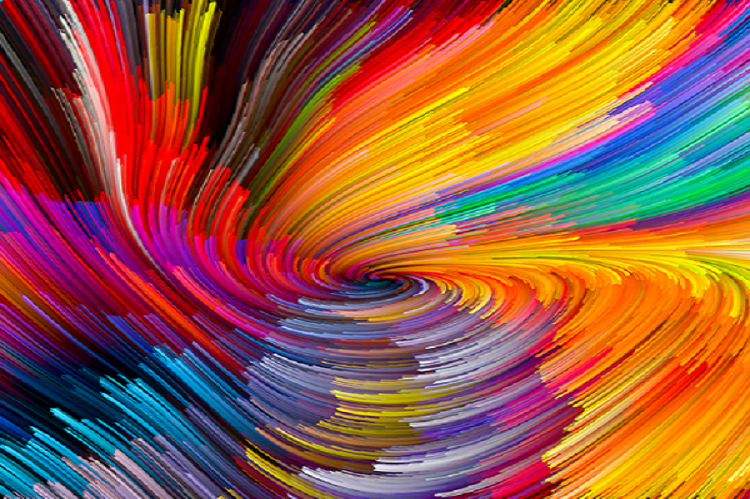 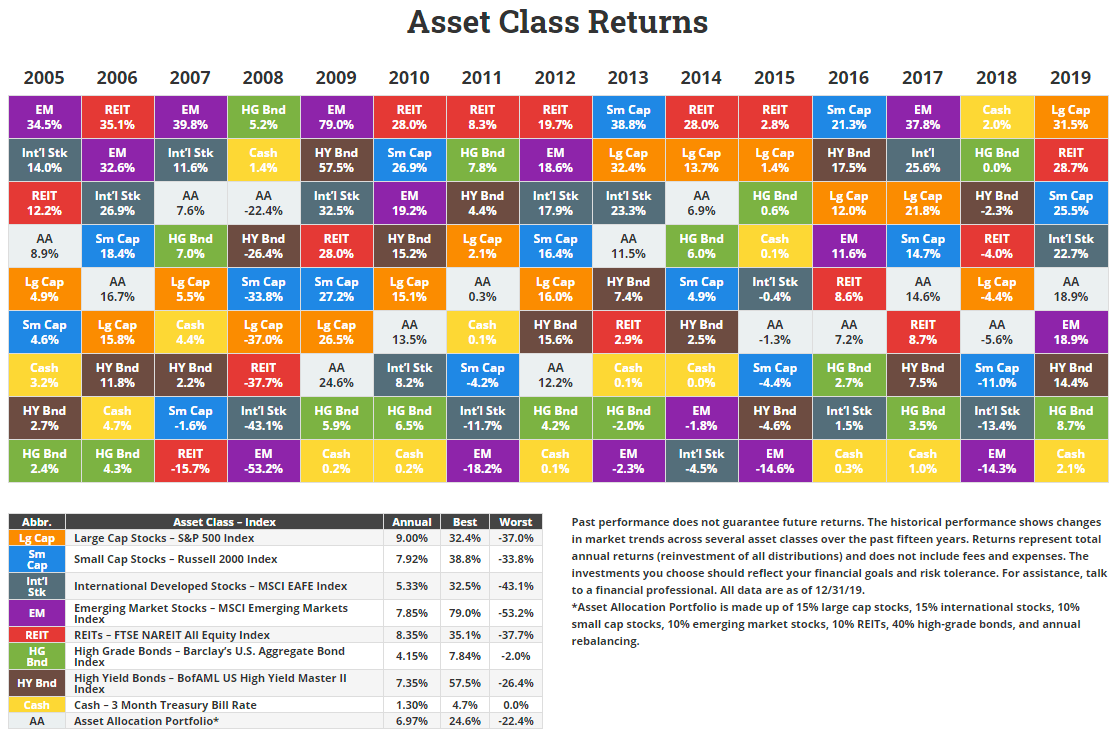 The key to realizing the high return, though, is staying invested over time. For example, if an investor sold out of emerging markets after the 53.8% loss in 2008, she would have missed the 83.8% performance gain the following year and the 21.8% gain the year after that. In general, the more volatile asset classes are most likely to be at either the top or the bottom depending on how well the market performed that year.

By building a portfolio of a variety of asset classes, we ensure that our clients are always invested in the highest performing asset class next year, even if nobody knows which asset class that will be. We would like to remind you that some of your portfolio was invested in last year’s high performing investment in case you wonder whether you benefited in the recent gains in bonds, emerging markets, or whatever category is hot at the moment.