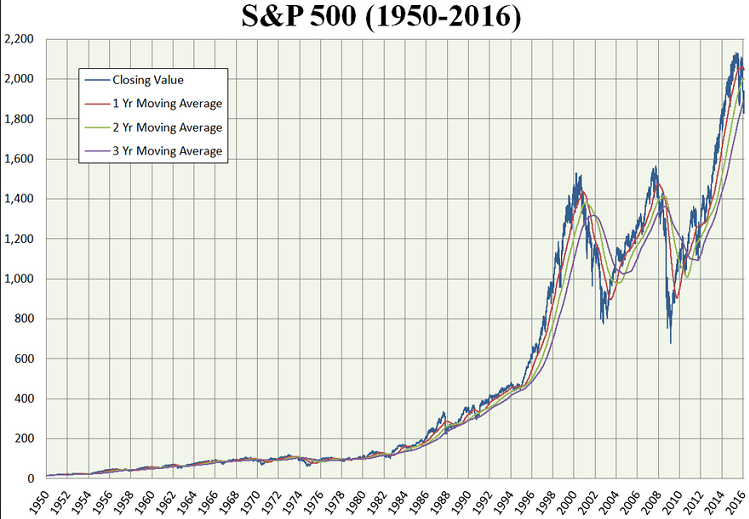 It looks like the U.S. stock market will finally get something that happens, on average, about once a year: a 10+% percent drop—the definition of a market correction.  The last time this happened was a whopper—the Great Recession drop that caused U.S. stocks to drop more than 50%--so most people today probably think corrections are catastrophic.  They aren’t.  More typically, they last anywhere from 20 trading days (the 1997 correction, down 10.8%) to 104 days (the 2002-2003 correction, down 14.7%).  Corrections are unnerving, but they’re a healthy part of the economy—for a couple of reasons.

Reason #1: Because corrections happen so frequently and are so unnerving to the average investor, they “force” the stock market to be more generous than alternative investments.  People buy stocks at earnings multiples which are designed to generate average future returns considerably higher than, say, cash or municipal bonds—and investors require that “risk premium” (which is what economists call it) to get on that ride.  If you’re going to take more risk, you should expect at least the opportunity to get considerably more reward.

Reason #2: The stock market roller coaster is too unsettling for some investors, who sell when they experience a market lurch.  This gives long-term investors a valuable—and frequent—opportunity to buy stocks on sale.  That, in turn, lowers the average cost of the stocks in your portfolio, which can be a boost to your long-term returns.

The current market downturn relates directly to the first reason, where you can see that bonds and stocks are always competing with each other.  Monday’s 4.1% decline in the S&P 500 coincided with an equally-remarkable rise in the yields on U.S. Treasury bonds.  Treasuries with a 10-year maturity are now providing yields of 2.85%--hardly generous, but well above the record lows that investors were getting just 18 months ago.  People who believe they can get a decent, relatively risk-free return from bond investments are tempted to abandon the bumpy ride provided by stocks for a smoother course that involves clipping coupons.  Bond rates go up and the very delicate supply/demand balance shifts, at least temporarily, in their direction, and you have the recipe for a stock market correction.

This provides us all with the opportunity to do an interesting exercise.  It’s possible that the markets will drop further—perhaps even, as we saw during the Great Recession, much further.  Or, as is more often the case, they may rebound after giving us a correction that stops short of a 20% downturn.  The rebound could happen as early as tomorrow or some weeks or months from now as the correction plays out.

Once it’s over, no matter how long or hard the fall, you will hear people say that they predicted the extent of the drop.  So now is a good time to ask yourself: do I know what’s going to happen tomorrow?  Or next week?  Or next month?  Is this a good time to buy or sell?  Does anybody seem to have a handle on what’s going to happen in the future?

Record your prediction, and any predictions you happen to run across, and pull them out a month or two from now.

Chances are, you’re like the rest of us.  Whatever happens will come as a surprise, and then look blindingly obvious in hindsight.  All we know is what has happened in the past.  Today’s market drop is nothing more than a data point on a chart that doesn’t, alas, extend into the future.